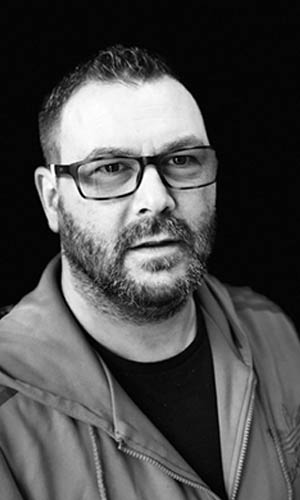 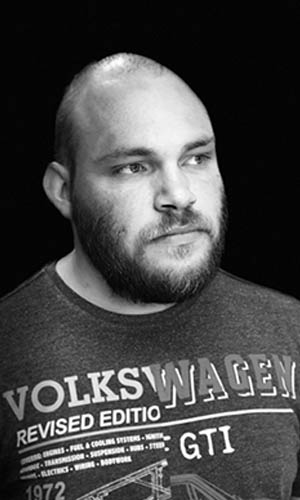 Wes Hardy, proprietor of WH Ink Studio, found an early passion for tattoo flash designs when he was at school. They were simple and fun and most of his time was spent drawing and not a lot else!

A career in the art world was always a dream he wanted to fulfil and inevitably, Art College followed. It soon became clear that this field was extremely competitive and finding the right profession in this field would not be a easy. Wes learned a trade and at the same time developed his creative skills in art, painting and design as an ever-increasing and consuming passion. However, as time went on, the tattoo culture was growing and becoming increasingly acceptable as body art in society.

Tattoos began to appear in the media - film stars, footballers (and their wives!) began to show that expression through the tattoo was more than just a fad. Wes realised that at last, this was where he could apply his creative and artistic talents to the full. It was tattooing had found Wes rather than him finding tattooing!

It was during 2003 that Wes's flash designs began to gain notice in tattoo studios around the UK, and eventually, celebrated tattoo artist Danny Fuller of Gold Fang Flash, author of Tattoo Clip Art and Red Dragon Studio Horsham contacted Wes and gave him his first real break. Under Danny's tough and exacting guidance.

Wes served his apprentiship, and in time became a fully fledged tattoo artist in his own right - putting himself through the stringent disciplines and exams to eventually win a diploma with the British Tattoo Academy. With the high degree of expert training given and his well-deserved diploma as part of his portfolio, Wes had arrived!

Wes knew that the personal touch and unique designing were qualities that the public wished for and so made a policy that each design would undergo full discussion with the client before the work began.

Wes still insists on this before starting any new tattoo and offers consultation as part of his service.

The opportunity to open his own shop arose and Wes jumped at the chance. After receiving all certification from the local authorities he was soon putting his touch to a clinical, but very relaxed studio of which passes all the high hygiene levels set by London City Council.

Wes is now recognised at one of the leading tattooists in Salisbury and is immensely proud of the quality of his work (just take a look at the tattoo and piercing pages to see for yourself) and he fully respects the importance of each tattoo, by striving to surpass the client’s expectations on each and every one.
Josh joined the studio eighteen months after opening. Under the guidance of Wes he completed an extensive apprenticeship focusing on custom design and perfecting every aspect in drawing and tattoo design.

For the last five years josh has been maintaining and running his own diary successfully and continues to do so.